The exterior was fully scaffolded – a fully boarded independent scaffold. Ladder access and double handrails with toe boards. Damp had appeared internally in several places so we fully repointed the brickwork, making good and resealing around the windows. The bottom fixed panels of the windows on the front elevation were still timber so we changed them for UPVC. The colour of the panels was chosen by the head of the residents’ committee Peter Ryan. The ground level was redecorated along with the large timber stairwell windows on the side where the scaffold had to be bridged over the access road. The residents were so happy with the service they received from ECO that we have worked on four of the flats internally, doing two sets of passive air vents, two bathrooms, timber flooring and various bits of internal redecoration (one whole flat). Finally the top concrete around the whole building was rendered and the penthouse coping stones were repointed and made good. 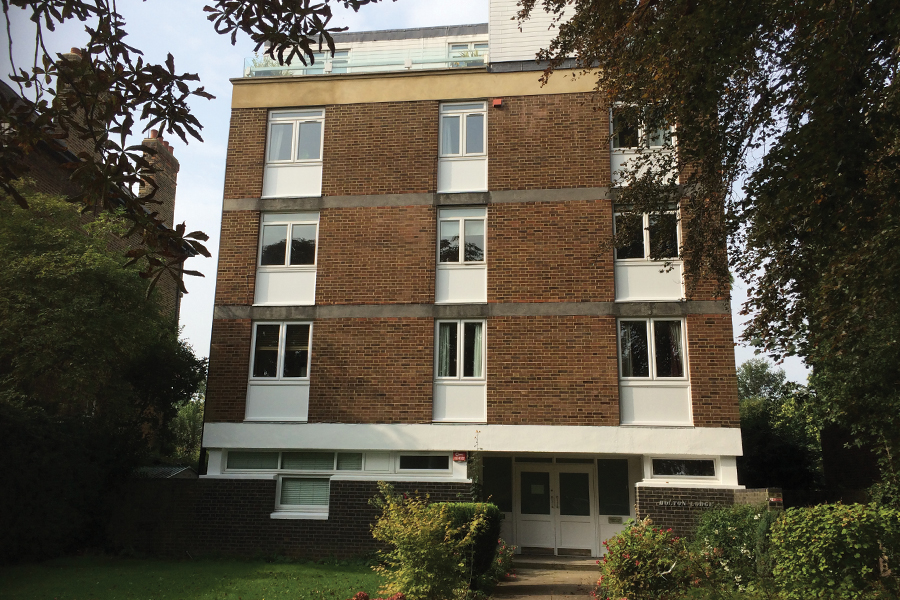