Some work was completed inside. This included changing the shower door in the en suite master bathroom, some damp proof work in the kitchen, and general redecoration but the contract was primarily concentrated around the exterior refurbishment of the property. The old badly weathered stone in the front well and back garden was removed. Once the ground was levelled and made good, it was tiled. The work to the rear of the property also included making good a steel spiral staircase. The front of the house was redecorated; the side return re pointed at high level and one of the chimney pots was renewed. There was on average six men on site at any one time following a detailed schedule of works. This was produced not only for our eco operatives but so that the client was able to follow progress clearly and comfortably. 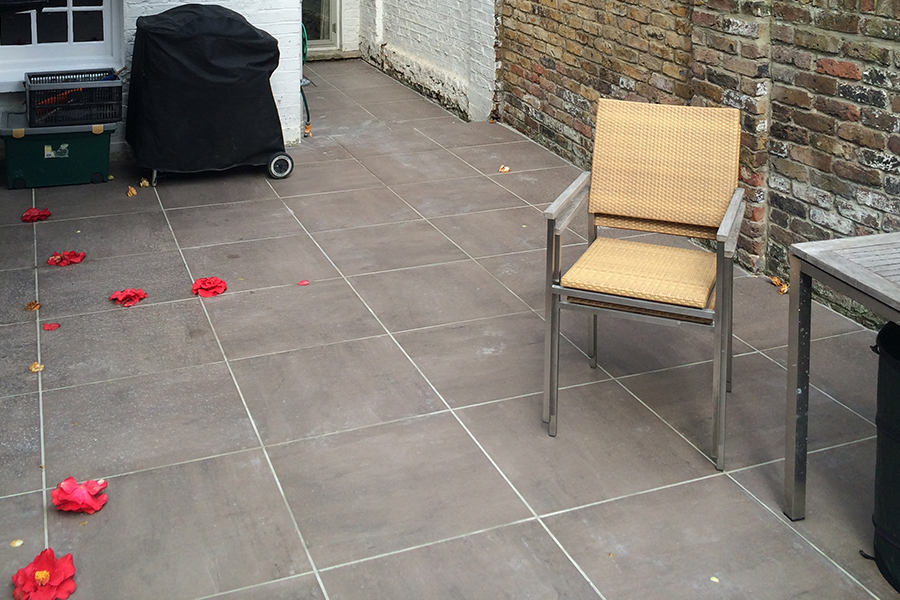 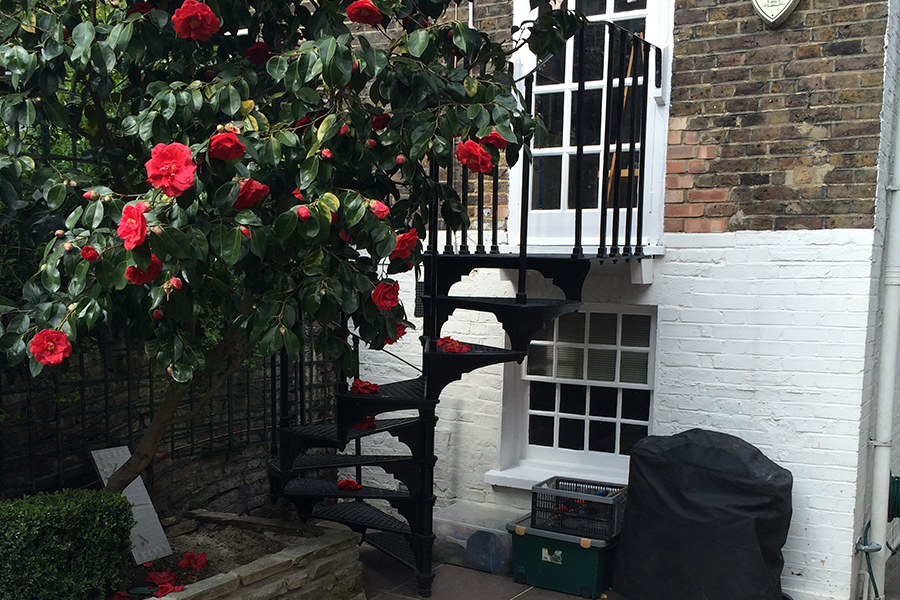 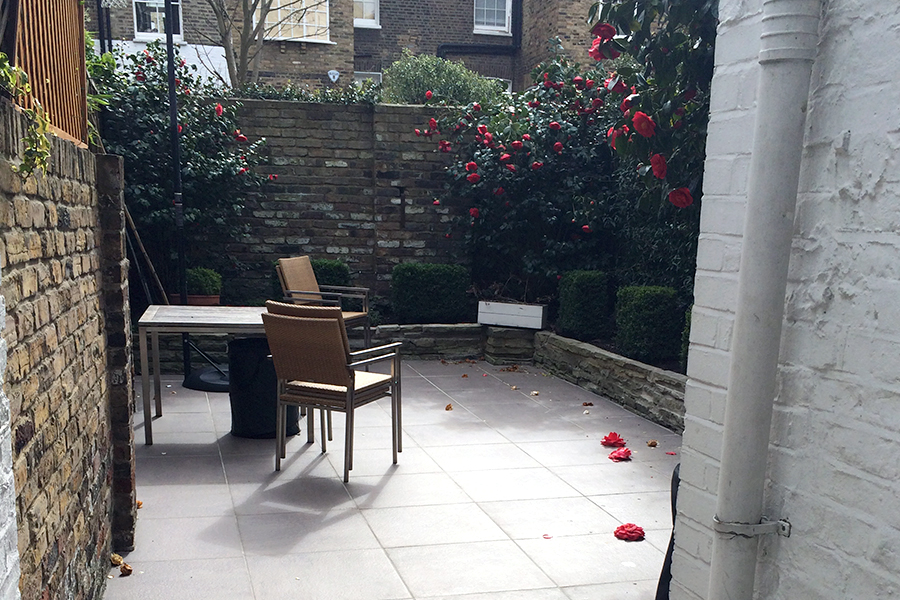 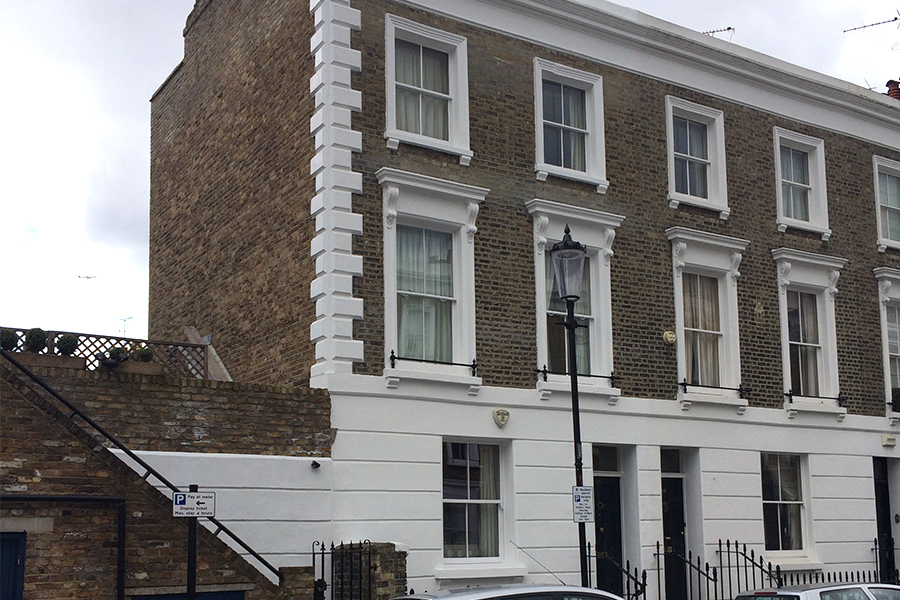